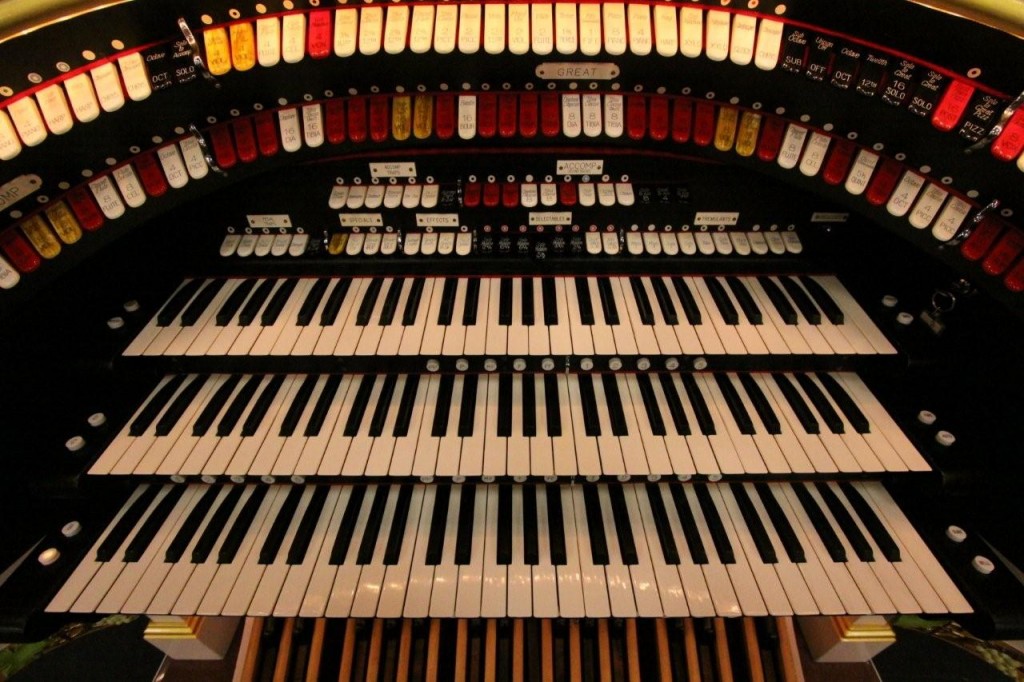 The theatre organ was originally developed to accompany silent films in the early part of the 20th century. Read more about the technical workings of a theatre organ, or learn about the PATOS 3/19 Wurlitzer.

Uniqueness of Origin
Theatre pipe organs evolved from their classic counterpart from a desire on the part of theatre owners to provide great flexibility in musical accompaniment for the silent films in the early 1900s without the need to pay the salaries of a large orchestra.

Ingenuity of Design
Theatre organs incorporate the use of what is called Unification which enables greater flexibility in usage of the pipe ranks.

Quality of Sound
No other instrument is capable of producing the awesome range and quality of sound that is possible from a well maintained theatre pipe organ.

Regulators and Tremulants
The wind system in a pipe organ is key to everything.  It is what makes the pipes sound as well as what causes the hammers to strike the tuned percussion and other mechanical things to happen.  Since the sound made by an organ pipe is directly related to the pressure of the air supplied to its foot, it is essential that the pressure be uniform regardless of how many pipes are speaking.  This is the function of the regulators in a pipe organ.  As wind is drawn from them, valves open to admit more air.  Pressure is controlled by a combination of springs and weights on the movable tops of the regulator.  The function of the tremulants in a pipe organ is to “fight” its regulator and introduce a regular, somewhat sinusoidal, variation in the pressure in the pipe chests.  This introduces the pleasant wavering quality of the sound – much like the tremulant in the voice that a singer uses on sustained notes.  The interaction of the Regulator and its tremulant is complex and often quite difficult to adjust for the correct depth and speed of tremulation.